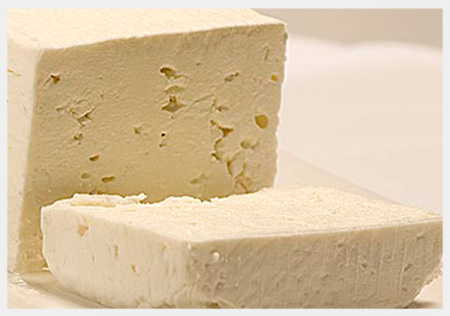 Cheese. Just a mere mention of the word and one would think of sumptuous appetizers or meals served with them. Cheese, when served with wine, depicts impeccable taste and class. Here is but one of the many varieties of cheeses: Meet the Feta Cheese.

Feta (from the Italian word fetta meaning slice) is actually cheese curd in brine solution. It takes at least three months to make feta. When it is removed from the solution, this type of cheese dries up immediately. Milk from goats, sheep or cow can be used to make this.

The color of Feta cheese is white. It is usually formed into four-sided cakes that can either be soft or semi-hard. Its salty flavor can be adjusted to suit the taste of the maker.

Traditionally, in Greece, feta cheese is made with just goat’s milk or a combination of goat’s and sheep’s milk. They are first salted as a slab, then sliced, then salted once more before it is subjected to maturation process.

Feta is usually used in making salads and is much tastier when combined with tomatoes, olives and green vegetables. One can store feta cheese indefinitely because of the salt solution. A wise tip: if you want to reduce the saltiness of the cheese, soak feta first in milk or water (just for a few minutes) before eating.