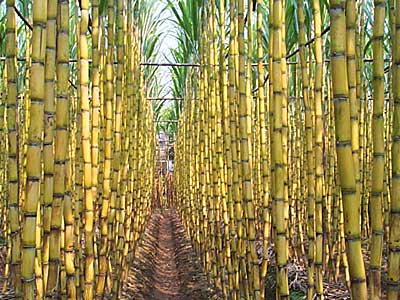 Sugarcane is the world's largest crop and is cultivated on about 23.8 million hectares, in more than 90 countries, with a worldwide harvest of 1.69 billion tonnes. Brazil was the largest producer of sugar cane in the world. The next five major producers, in decreasing amounts of production, were India, China, Thailand, Pakistan and Mexico.

Sugarcane is a tropical, perennial grass that forms lateral shoots at the base to produce multiple stems, typically three to four meters high and about five centimeters in diameter. The stems grow into cane stalk, which when mature constitutes approximately 75% of the entire plant. A sugarcane crop is sensitive to the climate, soil type, irrigation, fertilizers, insects, disease control, varieties, and the harvest period. The average yield of cane stalk is 60-70 tonnes per hectare per year, however this figure can vary between 30 and 180 tonnes per hectare depending on knowledge and crop management approach used in sugarcane cultivation.